Feminist Criticism in the Wilderness

It is impossible to define a feminine practice of writing, and this is an
impossibility  that will remain, for this practice will never be theorized,
enclosed, encoded-which doesn't mean that it doesn't exist.
-HELENE CIXOUS, "The Laugh of the Medusa"

Feminist criticism has gradually shifted its center from revisionary readings to a sustained investigation of literature by women. Showalter starts her essay with the poem of LOUISE BOGAN, "Women” which opens with the lines:
“Women have no wilderness in them,
They are provident instead,
Content in the tight hot cell of their hearts
To eat dusty bread.

With the publication of Virginia Woolf’s A Room of One’s Own (1920) a step in the direction of inspiring women to become writers was taken. This way is called Feminist Bible that upholds women as creative artist. In the very first paragraph of the essay Woolf emphatically remarks:

“—a woman must have money and
a room of her own if she is to write fiction.”

Woolf thinks “A woman's writing is always feminine; it cannot help being feminine; at its best it is most feminine; the only difficulty lies in defining what we mean by feminine.” 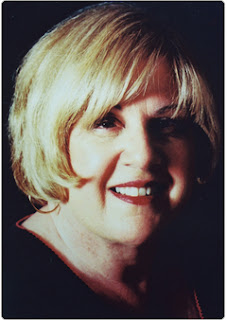 Elan Showalter, in her essay Feminist criticism in Wilderenss (1985) defines and explores the development of women centered criticism which chiefly evaluated the women’s writing as expression of women’s experience. She says that “If in 1981, feminist literary critics are still wandering in the wilderness, we are in good company; for, as Geoffrey Hartman tells us, all criticism is in the wilderness”but quoting Goeffrey she says all criticism is in wilderness today. She says, in feminine criticism had been no theoretical basis and it has been “an empirical orphan in the theoretical storm.” In this essay Showalter analyses four theoretical models that explore the difference between the androcentric and gynocentric criticism. These models are biological, linguistic, psychoanalytic and cultural. The cultural model provides “a more complete and satisfying way to talk about the specificity and difference of women's writing than theories based in biology, linguistics, or psychoanalysis..”

There are two distinct modes of feminist criticism, and to conflate them (as most commentators do) is to remain permanently bemused by their theoretical potentialities. The first mode is ideological; it is concerned with the feminist as reader, and it offers feminist readings of texts which consider the images and stereotypes of women in literature, the omissions and misconceptions about women in criticism, and woman-as- sign in semiotic systems. This is not all feminist reading can do; it can be a liberating intellectual act, as Adrienne Rich proposes: A radical critique of literature, feminist in its impulse, would take the work first of all as a clue to how we live, how we have been living, how we have been led to imagine ourselves, how our language has trapped as well as liberated us, how the very act of naming has been till now a male prerogative, and how we can begin to see and name-and therefore live-afresh.

The second mode of feminist criticism engendered by this process is the study of women as writers, and its subjects are the history, styles, themes, genres, and structures of writing by women; the psychodynamics of female creativity; the trajectory of the individual or collective female career; and the evolution and laws of a female literary tradition. English feminist criticism, which incorporates French feminist and Marxist theory but is more traditionally oriented to textual interpretation, is also moving toward a focus on women's writing.  Third mode is Organic or biological criticism is the most extreme statement of gender difference, of a text indelibly marked by the body: anatomy is textuality. Biological criticism is also one of the most sibylline and perplexing theoretical formulations of feminist criticism. Simply to invoke anatomy risks a return to the crude essentialism, the phallic and ovarian theories of art, that oppressed women in the past.CSome radical feminist critics, primarily in France but also in the United States, insist that we must read these metaphors as more than playful; that we must seriously rethink and redefine biological differentiation and its relation to women's unity. They argue that "women's writing proceeds from the body, that our sexual differentiation is also our source." The difference of woman's literary practice, therefore, must be sought (in Miller's words) in "the body of her writing and not the writing of her body."

Last mode is Linguistic and textual theories of women's writing ask whether men and women use language differently; whether sex differences in lan- guage use can be theorized in terms of biology, socialization, or culture; whether women can create new languages of their own; and whether speaking, reading, and writing are all gender marked. The question of how feminist criticism should define itself with relation to the new critical theories and theorists has occasioned sharp debate in Europe and the United States. Nina Auerbach has noted the absence of dialogue and asks whether feminist criticism itself must accept responsibility: Feminist critics seem particularly reluctant to define themselves to the uninitiated. There is a sense in which our sisterhood has become too powerful; as a school, our belief in ourself is so potent that we decline communication with the networks of power and respectability we say we want to change.


All feminist criticism is in some sense revisionist, questioning the adequacy of accepted conceptual structures, and indeed most contemporary American criticism claims to be revisionist too. The most exciting and comprehensive case for this "revisionary imperative" is made by Sandra Gilbert: at its most ambitious, she asserts, feminist criticism

"wants to decode and demystify all the disguised questions and answers that
have always shadowed the connections between textuality and sexuality,
genre and gender, psychosexual identity and cultural authority."

What Showalter mean here by "male critical theory" is a concept of creativity, literary history, or literary interpretation based entirely on male experience and put forward as universal.

Perhaps more than any other mode of criticism, feminist theory has cut across and drawn on multiple and contradictory traditions which by presenting what is arguably one of the most fundamental challenges to previous critical orthodoxies in its revolution of subjectively and the category of experience. Like Marxism, feminism is rooted in the political discourses of modernity. Not only Marxism, but also psycho-analysis of Sigmund Freud and Jacques Lacan and post structuralist views, especially deconstruction of Jacques Derrida are considered crucial in feminism. Feminist criticism as a self aware and concerted approach to literature was not inaugurated until late in the 1900’s. Mary Wollstonecraft’s A vindication of the Rights of women (1792), John Stuart Mill’s. the subjection of women (1869) and Margaret Fuller’s women in Nineteenth century are such texts, which are indubitably the landmark in the history of feminist movement. But what is most important to note that Virginia Woolf was an outstanding precursson of of feminist criticism. In her fictions and essays, most notably in A Room of one’s own, she attack the patriarchal bias which prohibited women’s creative possibility, A seminal text is indeed, Simonede Beuvior. The second sex, which identifies women as cultural construct and reveals the fact that women are regarded as merely negative object or ‘other’, while men are defined as dominating subject. Similarly, Mary Ellaman’s Thinking doubt women – with which feminist criticism began in America shows the derogatory stereotypes of women in literature written by women. Another important text which attacks the sexual bias in Freud’s psycho analytical theory is Kote Millet’s sexual politics.

Although early second time feminist criticism drew extensively on de Beauviars works and on Kate Millet’s “sexual politics” and concentrated its analysis on the images of women represented in and constructed through cultural forms such as literature, it has been viewed by later feminist as often failing to offer an adequate analysis of the relationship between ideology and representation. But in spite of the difference in their points of view and procedures some assumptions and concerts are quite basic in this critical mode, western civilization is patriarchal. Just as logo centricism emphasis the extent to which metaphysical assumption about the superiority of speech over writing are built into language itself, phantasmagorical implies that masculine biases are profoundly related to the structures of meta physics. Even the patriarchal ideology is dominant in those writings which we consider great literature. For example, Oedipus, Ulysses, Hamlet, Tom Jones, Captain Ahab – some well known male protagonists in some highly regarded literary works – embody masculine traits and ways of feeling and pursue masculine interests in masculine fields of action. As Simone de Beauvoir remarked, ‘one is not barn but rather becomes, a woman……’. While male is identified as active, dominative and rational feminine is identified as passive, submissive and emotional. If Kate Mallet attacks D. H. Lawrence, Henry Miller, Norman Mailer etc., by analyzing some selected passages of their works for degrading women as submissive sexual objects, most of feminists praise Chaucer, Shakespeare and G. B. Shaw who rise above sexual prejudice.

A great impetus is given to their critical approach when Flaine Showalter proposes gynocriticism which is mare self contained and experimental and which is concerned with developing and specifically female frame work for dealing with works written by men, and with feminine subject matters in literature written by woman and also with an attempt to specify the traits of a woman’s language. Flaine showalter, however, led much emphasis on woman as a writer rather than woman as a reader. Elaine showalter’s A Literature of their own: British women Novelist from Brontei to lessing, patricia Meyer spacks’s The Female Imagination Ellen Moers’s Literary women, Sandra Gillert and Susan Gular’s The Madowomen in the Attic are some notable works in their made. To evade the dilemma, namely women’s language, Helene Cixous posits ecriture feminine (feminine writing) and Julia Kristeva posits a chora, or pre-linguistic signifying system that she labels ‘semiotics’.

Email ThisBlogThis!Share to TwitterShare to FacebookShare to Pinterest
Labels: Critics and Books, Feminist Criticism in the Wilderness, Showalter