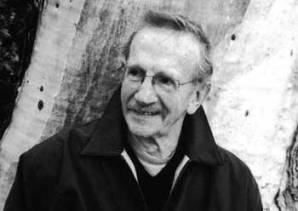 Levine wrote back to us, marking our poems assiduously. Since then I have received many letters from him, always on yellow legal paper with comments like, “I’m not sure my remarks, which are fairly nasty at times, really indicate . . .” His comments, though never nasty, were always serious, as if he took the business of correspondence to be part of the education of a poet. I had the feeling he wrote many such letters to young poets around the country: poets driving trucks, picking oranges, poets who were waiters and acupuncturists’ assistants and college students. Levine takes his role as mentor with the responsibility of a sacred vocation. He has sometimes had trouble from the administrations of high-tuitioned writing programs for allowing auditors—poets who were a little older, talented and too broke to pay—into his classes.
I was first introduced to Philip Levine through the mail in the summer of 1976. I was studying literature at Berkeley, and my friends and I, all college freshmen and sophomores, were ardent readers of Levine, W. S. Merwin, Donald Justice, Gary Snyder, and Hart Crane. A friend from the college literary magazine, The Berkeley Poetry Review, introduced me to Ernest Benck, a California poet, who kindly sent some of both of our poems to Levine.
---- Click Here to Read Complete Post
Posted by Kashyap Deepak No comments:

America has a new poet laureate, as the Library of Congress names Philip Levine in the one-year position. He will succeed W.S. Merwin in the post. Born in Detroit in 1928, Levine has used his poetry to examine blue-collar life, often embroidering everyday events with a sense of myth.
Announcing America's most prestigious poetry post Wednesday, Librarian of Congress James H. Billington called Levine "one of America's great narrative poets. His plainspoken lyricism has, for half a century, championed the art of telling 'The Simple Truth'—about working in a Detroit auto factory, as he has, and about the hard work we do to make sense of our lives."
Billington was referring to a collection of poems titled The Simple Truth, for which Levine won the Pulitzer Prize in 1995 — not, it should be noted, the David Baldacci thriller of the same name published in 1999.
A central passage of that collection's title poem goes like this:
Some thingsyou know all your life. They are so simple and truethey must be said without elegance, meter and rhyme,they must be laid on the table beside the salt shaker,the glass of water, the absence of light gathering in the shadows of picture frames, they must be

naked and alone, they must stand for themselves.
Levine has also been featured on The Writer's Almanac, with Garrison Keillor. At the Almanac website, you can hear Garrisonread some of the poems.
For Newscast NPR's Neda Ulaby filed this report:

As a kid, Philip Levine hated the 'prissy' poetry they taught in school. He started writing poems at 13, but he modeled his rhythms on the preachers he heard on the radio.
"Detroit at the time was probably half Southern," he said, "and any Sunday, I loved it."
Levine, who's won virtually every major prize for his work, including a Pulitzer and two Guggenheims, is celebrated for evoking the richness of ordinary American life. Here is a line from his poem "Call It Music":
"The perfect sunlight angles into my room before willow street, part milk part iron as it passes from me into the world."

As he told the AP, Levine wasn't sure he should take the Library of Congress post:
"I'm a fairly irreverent person and at first I thought, "This is not you. You're an old union man,'" Levine said during a recent telephone interview from his home in Fresno, Calif.
"But I knew if I didn't do this, I would kick myself. I thought, "This is you. You can speak to a larger public than has been waiting for you in recent years.'"
Levine's new official title is the Poet Laureate Consultant In Poetry — a slightly redundant moniker which suggests, once again, that government job titles are not created by poets.