“If in a picture, Piso, you should see
A handsome woman with a fish’s tale
Or a man’s head upon a horse’s neck
or limbs of beasts of the most different kinds
covered with feathers of all sorts of birds
would you not laugh, and thinks the painter mad?”
The Ars Poetica is a celebrated work of Horace who lived in the first century B.C. during the Augustan Age which is known as the golden period of the Roman literature. Horace was a younger contemporary of Virgil and stands almost equal to him in the realm of poetry. 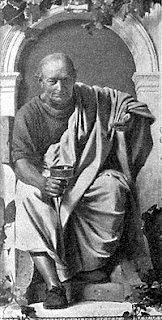 As a critic, however, Horace has no peer among Romans. His historic creation, "The Ars Poetica", has influenced the writers of the subsequent generations in Europe so much that some of them considered it their literary manual. Nicholas Boileau, a French critic, claimed to be an advocate of Horace’s ideals of common sense, reason and moderation. Boileau’s L’Arte Poetique is largely an imitation of the ideals of Horace, contained in "The Ars Poetica". He frankly admits that he has learnt the pattern of elegance, correctness, restraint and moderation from Horace. He says that he is instinctively inclined to walk in the light of Horace’s ideals “Boileau still in the light of Horace sway”. Ben Jonson, who translated "The Ars Poetica" into English in blank verse, is the first English writer to borrow Horatian precepts. Alexander Pope, a great creative genius of eighteenth century, learnt a great deal from Horace. So much so that he entitled one of his sequences of poems as “Imitation Of Horace”. In his distinguished critical work “Essay on Criticism”, Pope pays the following tribute to Horace:
“Horace still charms with graceful negligence,
and without method talks us into sense,
will, like a friend, familiarly convey,
the thrust notions in the earliest way”.
"The Ars Poetica" is a long poem of 541 lines in Latin. The poem was originally entitled the epistle to pesos because here the poem addresses three Pisos, the father and his two sons. It appears that the poem was written to give advice to the young sons who wanted to be writers. Quintilius, another younger critic of the next generation gave the title "The Ars Poetica" to the book. Horace took inspiration from peripatetic philosophers who formalized and codified the critical doctrines of Aristotle who had lived two centuries before Horace. Horace is considered to be the greatest critic after Aristotle whose doctrines he actually propagates. Atkins remarks, “he undoubtedly stands out as the most influential of Roman critics, one who achieved result of lasting kind, and was to rank in stature with Aristotle at the renaissance”. It was Horace who broadcast, through his "The Ars Poetica", the Aristotelian critical philosophy over every literature in Europe. Horace kept the spirit of Aristotle’s theory alive right down to the eighteenth century. 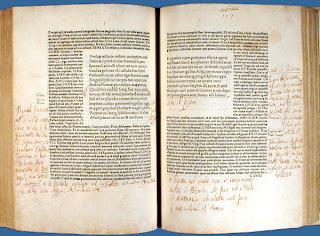 "The Ars Poetica" has no clear design or the theory of poetry and drama. Here the poet mixes numerous literary maxims in a manner which is likely to confuse an ordinary reader. A critic rightly calls the poem “art without an art”. Horace had borrowed his doctrines and precepts from the study of Greek masters, especially from Aristotle’s "Poetics". Plato had emphasized on the didactic angle of poetry and had said that it should make better citizens. On the other hand, Aristotle laid stress on the aesthetic delight of poetry, Horace synthesizes both there ideals and says: “a poet should instruct, or please, or both”—line 370, CCCLXX
In his views on the dramatic art, Horace is indebted to Aristotle whose ideas he exalts in this book. He gives his views on drama under three heads: plot, characterization, and style. He says that the plot of drama should be borrowed from familiar material, preferably from the well known Greek legends in which the author can distinguish himself by originally of treatment, but if the poet chooses a new theme, he has to remain consistent throughout:
“if your bold muse dare tread unbeaten baths,
and bring new characters on the stage,
be sure, you kept them upto your first height.”
Horace says that the chain of events should also be consistent. The story should have an indivisible structure. The middle should harmonize with the beginning, and the end with the middle. Only the relevant events of the story should be into an unbreakable union. If you show Achilles, he must be spirited, hot tempered, ruthless, fiery and must disowns law, and must claim that the world is a prize of arms. Medea must be shown as defiant an untamed Ixion forsworn, Orestes sad.

Horace advised the young sins of Piso to give a fitting hue to the men and the manners of every age he shows of the stage. The audience will be stay till the end of the play if he shows the customs of each age in a judicious manner. He further says that the events unacceptable to our eyes should be reported rather than held on the stage. You will not allow Atreus cook human flesh on the stage, nor Procne turned into a bird, Cadmus into a snake. What enters in the mind less. What is hateful to the eyes should be reported by tan eloquent actor. He says:
“Medea must not draw her murdering knife
and spill her children’s blood upon the stage”
Then Horace gives his views in the length of a play, the need of supernatural help, and the importance of the chorus in a play. The poet says that a play should have five Acts. But Horace say hat gods from heaven should not intervene in human action on the stage as fat as possible. Deus ex Machine should interfere only in case of dire necessity. Talking about the function of the chorus, Horace says, chorus should be an integral part of the plot but it should not hang like a loose thread. Its comment should supply what action lacks. The chorus plays artistic as well as moral role in a play. It should not sing any thing between the scenes. Horace opines that not more than three characters should speak in a scene “nor should fourth actor put himself forward to speak”
For tragedy as well as comedy, Horace considered the iambic metre as the most suitable. The selected it because it is neared the spoken speech than any other metre. In this metre, the second syllable is spoken louder, so it is audible to the gathering. Finally, dramatic speech should be observe propriety and should suit the character, its age, its sex, its situation in life, its circumstances and its moods. A god will speak differently from a mortal, a man from a woman, a aged man from a heated youth. Similarly, a prosperous merchant speaks differently from a poor farmer, a man in grief is different from a joyous man, and an angry fellow is different from a playful one.
In addition to this Horace takes the progress of drama in Greece form the “uncultivated” days to the times of great masters like Aeschylus. In the beginning of the stage was crude. But Aeschylus waged a battle against it and refined it. Thus, we see that Horace gives his comment into Ars Poetica on different aspects of the dramatic composition, his ideas in the characters, theme and language and style of drama have been borrowed from Aristotle, his views in the role of chorus, length of the play and the number of the speakers in a scene, guided a large number of writers for several generations in many countries in Europe.
Posted by Kashyap Deepak