“WALDEN” by Henry David Thoreau (first published 1854)
The uncolonised, scientifically-explored wilderness of Antarctica is one of the icons of the international Green movement. Reading a book about it reminds me, among other things, of all the ways Green habits of thought now influence us. That in turn sets me thinking about a book that is revered by a certain class of American reader and is, in effect, the Bible of much of the Green movement.
It’s very presumptuous of me to find myself in disagreement with a work some people regard as a classic, but that is the position I find myself in with respect to Henry David Thoreau’s Walden or Life in the Woods. 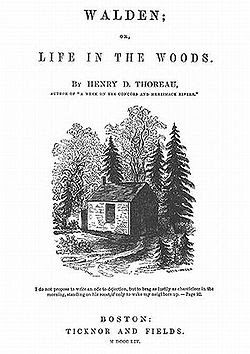 When people of my generation think of Hone Tuwhare, the first words that come to mind are still No Ordinary Sun, the title of his first published collection in 1964. It’s also the title of the most famous poem in that collection, a very subtle and lyrical protest at the Bomb. 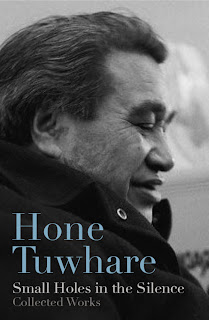 Email ThisBlogThis!Share to TwitterShare to FacebookShare to Pinterest
Labels: Writers

This is Somerset Maugham’s first published novel, and of those of his that I’ve read, I think I like this one the best. About 12 years ago I bought several of his books cheap at a library sale, put them on a shelf and forgot them, and in the course of tidying the shelves I took them down to read, so I’ve been reading one after the other.
Liza of Lambeth is based on Maugham’s experience as a medical student in a poor part of London. Well it’s poor in parts. I once went to a garden party at Lambeth Palace, the London residence of the Archbishop of Canterbury, and there’s nothing poor about that!
Liza is a young girl, a teenager, 18 years old, who saves enough from her job in a factory to buy a new dress, which she wears to a street party and has a jolly good time. Her mother, who is a bit of a hypochondriac, and also a bit of a boozer, thinks the money would have been better spent on booze for herself. But Liza is happy and carefree, and enjoys herself. And her joy and love of life are infectious, and spread to others.
But gradually things start going badly for Liza. This partly because of her own choices, and partly because of the pressures of other people and society generally.
To say any more of the story would give away too much of the plot, but I will say that it still today, more than a century after it was written, gives an insight into the lives of poor people and the conditions in which they live. It’s an outsider’s view. As far as I know Somerset Maugham didn’t grow up in poverty himself, so he writes from observation, not from first-hand experience. And it is pretty good observation.
But books like this are probably not read by the poor. They are probably read mostly by fairly comfortable middle-class people like me. And from what I have observed of the life of poor people, though the time and the place may be different, there is much that is similar.
To give just one example, it’s the people in the streets. The book is about the inhabitants of one street, and they meet each other and talk to each other in the street. They sit on their doorsteps and talk to their neighbours.
Earlier this week I had a couple of hours to kill while my son wrote an exam, so went to visit a friend who lived nearby. Their gate was locked, so I called them on my cell phone, but there was no reply, so I thought I might as well sit in the car in the street and read my book.
It was a lower middle-class suburb. The houses were not pretentious. They were originally built by the Iskor steelworks nearby for housing their white workers, and were later sold off. But they had pleasant gardens and the street was quiet. Only one car passed. There was a tapping on the car window. It was a rather agitated bird, wondering what I was doing there. I waved and it and it went away. Two fat pigeons ambled across the street. A dog barked. In one of the houses nearby a baby cried briefly. A young black woman in a hoodie came walking over the hill and passed me, but there was no interaction between us. Another black woman with hair extensions came walking up the hill and went into the house over the road. But for the most part, nothing happened. And in our neighbourhood it is much the same.
But when we visit Mamelodi, a “previously disadvantaged” township, there are always people walking in the street, talking to each other, greeting neighbours. There are children playing games, hopscotch, cricket (as in Lambeth), football etc. On Sundays (which is when we mostly go there) a phrase from a poem I learnt at school comes to mind, “man’s heart expands to tinker with his car.” There are cars with bonnets up, cars being washed. On some Sundays there’s a Golf club — rows of Volkswagen Golfs with their bonnets up, with the owners hanging around discussing technical points.
The houses may be different, the language may be different, the clothes may be different, the time and the place may be different, but Maugham’s descriptions still ring true.
Posted by Kashyap Deepak No comments:

Cakes and Ale is a new title published by The National Archives. Once upon a time in Britain, cake and ale were considered essential parts of a healthy diet. Late Victorians and Edwardians were fattened with rich, fruity cakes, and ailing ladies imbibed milk stout as a tonic. Cakes and Ale is a cultural history of a turn-of-the-century era of feasting, when the first domestic goddesses began cooking in their own kitchens but servants were still on hand for many to mix drinks at glamorous parties. An affluent and leisured new middle class was keen to impress, and working people could enjoy an unprecedented variety of foods and drinks. Manufacturers responded with the glorious printed advertisements and seductive images that illustrate this book and speak volumes about the contemporary social scene. In whisky and beer advertisements gentlemen sport top hats and working men flat caps, Scotsmen always wear kilts and butlers a wily smile. Blazoned alongside them are the plays-on-words that amused and persuaded their  audiences. Cookery books were suddenly widely available, with pictures of bowls of punch, crusty pork pies and towering jellies and blancmanges to emulate for seasonal meals. 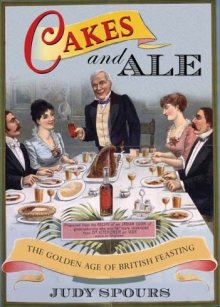 Marriages in To the Lighthouse

“It is a truth universally acknowledged that a single man in possession of a
good fortune must be in want of a wife.” 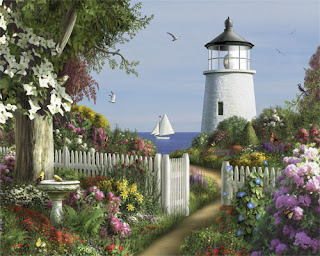 The opening line of Jane Austen’s Pride and Prejudice epitomizes the traditional depiction of marriage that is prevalent throughout Romantic and Victorian era literature; a depiction that Virginia Woolf re-evaluates in To the Lighthouse through a modern presentation of marriage. In its traditional literary use, marriage serves a distinct purpose. A young woman must become married in order to ensure stability for her future, and a man must become married to fulfill his societal role. In the words of Jane Austen, the necessity of marriage is “universally acknowledged,” remaining unquestioned throughout the Romantic and Victorian periods of English literature. In this traditional use, marriage was the definitive goal of the text. The novel circulated around the will-they-or-wont-they atmosphere that young love can produce until the final chapters of the novel tied all the remaining questions of the story into one neatly-pressed knot of matrimony.