The Jacobean era refers to the period in English and Scottish history that coincides with the reign of King James I (1603– 1625) of England, who was also James VI of Scotland. The Jacobean era succeeds the Elizabethan era and precedes the Caroline era, and specifically denotes a style of architecture, visual arts, decorative arts, and literature that is predominant of that period. The word "Jacobean" is derived from the Hebrew name Jacob, which is the original (and Graeco-Latin) form of the English name James


Highlights of the Jacobean Era 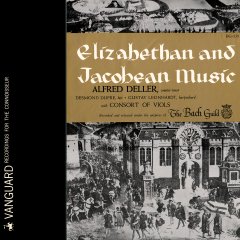 The practical if not formal unification of England and Scotland under one ruler was a development of the first order of importance for both nations, and would shape their existence to the present day. Another development of crucial significance was the foundation of the first British colonies on the North American continent, at Jamestown, Virginia in 1607, in Newfoundland in 1610, and at Plymouth Colony  in Massachusetts in 1620, which laid the foundation for future British settlement and the eventual formation of both Canada and the United States of America. The most notorious event of James's reign occurred on November 5, 1605. On that date, a group of English Catholics (the most famous, in later generations, being Guy Fawkes) attempted to blow up the King and Parliament in the Palace of Westminster. However, the Gunpowder Plot was exposed and prevented, and the convicted plotters were hanged, drawn, and quartered. The marriage of James' daughter Princess Elizabeth to Frederick V, Elector Palatine on February 14, 1613 was more than the social event (or celebrity wedding) of the era; the couple's union had important political and military implications. Frederick and Elizabeth's election as King and Queen of Bohemia in 1619, and the conflict that resulted, marked the beginning of the disastrous Thirty Years' War. King James' determination to avoid involvement in the continental conflict, even during the "war fever" of 1623, appears in retrospect as one of the most significant, and most positive, aspects of his reign. Before their Bohemian adventure, Elizabeth and Frederick were the focus of an outburst of romantic idealism. Even after the negative turn in their fortunes, the couple were the centre of an intellectual circle that involved significant figures like Comenius and Samuel Hartlib, who would in time have positive impacts on English society.[1] 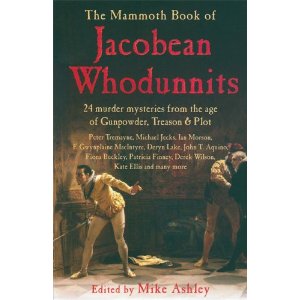 Political events and developments of the Jacobean era cannot be understood apart from the economic and financial situation. James had inherited a debt of £350,000 from Queen Elizabeth; by 1608 the debt had risen to £1,400,000 and was increasing by £140,000 annually. Through a crash program of selling off Royal demesnes, Lord Treasurer Robert Cecil reduced the debt to £300,000 and the annual deficit to £46,000 by 1610—but could not follow the same method of relief much farther. The result was a series of tense and often failed negotiations with Parliament for financial supports, a situation that deteriorated over the reigns of James and his son and heir Charles I until the crisis of the English Civil War.  The Jacobean era ended with a severe economic depression in 1620–1626, complicated by a serious outbreak of bubonic plague in London in 1625.

Literature
In literature, some of Shakespeare's most powerful plays were written in that period (for example,three plays written during James I's reign: The Tempest (1610), King Lear (1603), and Macbeth (1603)). Patronage came not just from James, but from James' wife Anne of Denmark. Also during this period were powerful works by John Webster, Thomas Middleton, John Ford and Ben Jonson. Ben Jonson also contributed to some of the era's best poetry, together with the Cavalier poets and John Donne. In prose, the most representative works are found in those of Francis Bacon and the King James Bible. Jonson was also an important innovator in the specialized literary sub-genre of the masque, which went through an intense development in the Jacobean era. His name is linked with that of Inigo Jones as co-developers of the literary and visual/technical aspects of this hybrid art. [For Jonson's masques, see: The Masque of Blackness, The Masque of Queens, etc.] The high costs of these spectacles, however, positioned the Stuarts far from the relative frugality of Elizabeth's reign, and alienated the middle classes and the Puritans with a prospect of waste and self-indulgent excess.

Science
Francis Bacon had a strong influence in the evolution of modern science, which was entering a key phase in this era, as the work of Johannes Kepler in Germany and Galileo Galilei in Italy brought the Copernican revolution to a new level of development. Bacon laid a foundation, and was a powerful and persuasive advocate, for objective inquiry about the natural world in place of the Medieval scholastic authoritarianism that still influenced the culture of British society in his lifetime. On practical rather than general levels, much work was being done in the areas of navigation, cartography, and surveying—John Widdowes' A Description of the World (1621) being one significant volume in this area—as well as in continuing William Gilbert's work on magnetism from the previous reign. Scholarship and the sciences, or "natural philosophy", had important royal patrons in this era—not so much in the King but in his son, Henry Frederick, Prince of Wales, and even his wife, Anne of Denmark (the Danish Court, from which she derived, had a strong patronage tradition in intellectual matters).

Arts
The fine arts were dominated by foreign talent in the Jacobean era, as was true of the Tudor and Stuart periods in general. Daniel Mytens was the most prominent portrait painter during the reign of James, as Anthony van Dyck would be under the coming reign of his son. Yet the slow development of a native school of painting, which had made progress in the previous reign, continued under James, producing figures like Robert Peake the Elder (died 1619), William Larkin (fl. 1609–19), and Sir Nathaniel Bacon (1585–1627). Some would also claim, as part of this trend, Cornelius Johnson, or Cornelis Janssens van Ceulen, (1593–1661), born and trained in London and active through the first two Stuart reigns.

Emergence of Tobacco
In the domain of customs, manners, and everyday life, the Jacobean era saw a sweeping change with the growing prevalence of tobacco use. James I published his A Counterblaste to Tobacco in 1604, but the book had no discernible effect; by 1612, London had 7000 tobacconists and smoking houses. The Virginia colony survived because the English acquired the nicotine habit.
Posted by Kashyap Deepak