Marx’s Materialism in Relation to Hegel and Feuerbach

All citations are from David McLellan’s “Karl Marx: Selected Writings” and refer to the following texts by Marx (and Engels):

Romantic love takes many forms in Wuthering Heights: the grand passion of Heathcliff and Catherine, the insipid sentimental languishing of Lockwood, the coupleism of Hindley and Frances, the tame indulgence of Edgar, the romantic infatuation of Isabella, the puppy love of Cathy and Linton, and the flirtatious sexual attraction of Cathy and Hareton. These lovers, with the possible exception of Hareton and Cathy, are ultimately self-centered and ignore the needs, feelings, and claims of others; what matters is the lovers' own feelings and needs.

The greatest love or woo scene in the history of literature is as follows:

Nevertheless, it is the passion of Heathcliff and Catherine that most readers respond to and remember and that has made this novel one of the great love stories not merely of English literature but of European literature as well. Simone de Beauvoir cites Catherine's cry, "I am Heathcliff," in her discussion of romantic love, and movie adaptations of the novel include a Mexican and a French version. In addition, their love has passed into popular culture; Kate Bush and Pat Benetar both recorded "Wuthering Heights," a song which Bush wrote, and MTV showcased the lovers in a musical version.

The love-relationship of Heathcliff and Catherine, but not that of the other lovers, has become an archetype; it expresses the passionate longing to be whole, to give oneself unreservedly to another and gain a whole self or sense of identity back, to be all-in-all for each other, so that nothing else in the world matters, and to be loved in this way forever. This type of passion-love can be summed up in the phrase more--and still more, for it is insatiable, unfulfillable, and unrelenting in its demands upon both lovers.

Article From Dr.Ratan Bhattacharjee
Dr.Ratan Bhattacharjee is at present the Chairperson of the Post Graduate Dept. of English and is also associated with teaching in the PG Dept of English of Rabindra Bharati Univesity , both in regular and distance.He is the Executive member in the International Advisory Board of International Theeodore Dreiser Society, USA. His articles and poems are published in numerous journals and magazines in India and abroad. He was associated with the Indian Association of American Studies (IAAS) as a member of the Executive Body and now he is the Founder Director of the newly inaugurated Dattani Archive and Research Association (DARA) , Kolkata. He edits the Journal Voice of Indian English Writers (VIEW). He is our special contributor in English Literature Section. email- drrb07@gmail.com


Amitav Ghosh  , in spite of his fixed home is an itinerant. By nature he  is a traveller, in his mind he is a voyager and he divides his time between Kolkata, Goa and Brooklyn. 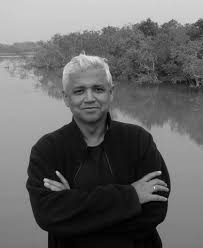 When Sigmund Freud, introduced the psycho-dynamic theory, he grouped together theories to explain it, these include: ID, Ego, Super-Ego; aka: Psychic Analysis.

Freud described ID to be – ‘It is the dark, inaccessible part of our personality, what little we know of it we have learnt from our study of the dream-work and of the construction of neurotic symptoms, and most of this is of a negative character and can be described only as a contrast to the ego.’ The id is mainly responsible for our basic drives such as; food, drink and other general impulses.

Email ThisBlogThis!Share to TwitterShare to FacebookShare to Pinterest
Labels: Critics and Books, Freud, Stage of Development 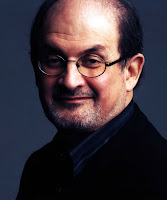 The Satanic Verses is Salman Rushdie's fourth novel, first published in 1988 and inspired in part by the life of Muhammad. As with his previous books, Rushdie heavily used magical realism and relied heavily on contemporary events and people to create his characters. The title refers to the so-called "satanic verses", a group of alleged Qur'anic  verses that allow intercessory prayers to be made to three Pagan Meccan goddesses: Allāt, Uzza, and Manāt.  The part of the story that deals with the "satanic verses" was based on accounts from historians al-Waqidi  and al-Tabari. In the United Kingdom, the book received positive reviews.

It was a 1988 Booker Prize Finalist (losing to Peter Carey's Oscar and Lucinda) and won the 1988 Whitbread Award for novel of the year. In the Muslim community, however, the novel caused great controversy for what many Muslims believed were blasphemous references. The book was banned in India, was burned in demonstrations in the United Kingdom, and was the subject of a violent riot iin Pakistan. In February 1989, the Supreme Leader of Iran, Ayatollah Ruhollah Khomeini, issued a fatwa calling on all good Muslims to kill or help kill Rushdie and his publishers.Following the fatwa, Rushdie was put under police protection by the British government. As of early 2010 Rushdie has not been physically harmed, but 38 others have been killed in violence against those connected with the book. Individual purchasers of the book have not been harmed.

The novel consists of a frame narrative, using elements of magical realism, interlaced with a series of sub-plots that are narrated as dream visions experienced by one of the protagonists. The frame narrative, like many other stories by Rushdie, involves Indian expatriates in contemporary England. The two protagonists, Gibreel Farishta and Saladin Chamcha, are both actors of Indian Muslim background. Farishta is a Bollywood  superstar who specializes in playing Hindu deities. (The character is partly based on Indian film stars Amitabh Bachchan and Rama Rao.Chamcha is an emigrant who has broken with his Indian identity and works as a voice over artist in England.At the beginning of the novel, both are trapped in a hijacked plane during a flight from India to Britain. The plane explodes over the English Channel, but the two are magically saved. In a miraculous transformation, Farishta takes on the personality of the archangel Gibreel, and Chamcha that of a devil. After being found on the beach, Chamcha is taken into custody by the police, who suspect him of being an illegal immigrant, while Farishta looks on without intervening. Both characters struggle to piece their lives back together. Farishta seeks and finds his lost love, the English mountaineer Allie Cone, but their relationship is overshadowed by his mental illness. Chamcha, having miraculously regained his human shape, wants to take revenge on Farishta for having forsaken him after their common fall from the hijacked plane. He does so by fostering Farishta's pathological jealousy and thus destroying his relationship with Allie. In another moment of crisis, Farishta realizes what Chamcha has done, but forgives him and even saves his life. Both return to India. Farishta, still suffering from his illness, kills Allie in another outbreak of jealousy and then commits suicide. Chamcha, who has found not only forgiveness from Farishta but also reconciliation with his estranged father and his own Indian identity, decides to remain in India.
Dream sequences

Embedded in this story is a series of half-magic dream vision narratives, ascribed to the disturbed mind of Gibreel Farishta. They are linked together by many thematic details as well as by the common motifs of divine revelation, religious faith and fanaticism, and doubt. One of these sequences contains most of the elements that have been criticized as offensive to Muslims. It is a transformed re-narration of the life of Muhammad (called "Mahound" or "the Messenger" in the novel) in Mecca ("Jahilia"). At its centre is the episode of the Satanic Verses, in which the prophet first proclaims a revelation in favour of the old polytheistic deities, but later renounces this as an error induced by Shaitan. There are also two opponents of the "Messenger": a demonic heathen priestess, Hind, and an irreverent skeptic and satirical poet, Baal. When the prophet returns to the city in triumph, Baal goes into hiding in an underground brothel, where the prostitutes assume the identities of the prophet's wives. Also, one of the prophet's companions claims that he, doubting the "Messenger"'s authenticity, has subtly altered portions of the Qur'an as they were dictated to him. The second sequence tells the story of Ayesha, an Indian peasant girl who claims to be receiving revelations from the Archangel Gibreel. She entices all her village community to embark on a foot pilgrimage to Mecca, claiming that they will be able to walk on foot across the Arabian Sea. The pilgrimage ends in a catastrophic climax as the believers all walk into the water and disappear, amid disturbingly conflicting testimonies from observers about whether they just drowned or were in fact miraculously able to cross the sea. A third dream sequence presents the figure of a fanatic expatriate religious leader, the "Imam," set again in a late-20th-century setting. This figure is a transparent allusion to the life of Ayatollah Khomeini in his Parisian exile, but it is also linked through various recurrent narrative motifs to the figure of the "Messenger".
Controversy

In the Muslim community the novel caused great controversy for what many Muslims believed were blasphemous references. As the controversy spread, the book was banned in India and burned in demonstrations in the United Kingdom. In mid-February 1989, following a violent riot against the book in Pakistan, the Ayatollah Ruhollah Khomeini, Supreme Leader of Iran and a Shi'a Muslim scholar, issued a fatwa calling on all good Muslims to kill Rushdie and his publishers, or to point him out to those who can kill him if they cannot themselves Following the fatwa, Rushdie was put under police protection by the British government. Despite a conciliatory statement by Iran in 1998, and Rushdie's declaration that he would stop living in hiding, the Iranian state news agency reported in 2006 that the fatwa would remain in place permanently since fatwas can only be rescinded by the person who first issued them, and Khomeini had since died. As of mid 2010 Rushdie has not been physically harmed, but others connected with the book have suffered violent attacks. Hitoshi Igarashi, the Japanese language translator of the book, was stabbed to death on 11 July 1991; Ettore Capriolo, the Italian language translator, was seriously injured in a stabbing the same month; William Nygaard, the publisher in Norway, barely survived an attempted assassination in Oslo in October 1993, and Aziz Nesin, the Turkish language translator, was the intended target in the events that led to the Sivas massacre on 2 July 1993 in Sivas, Turkey, which resulted in the deaths of 37 people. At the same time, the only nation with a predominantly Muslim population where the novel remains legal still is Turkey.

The Pearl by John Steinbeck