From a novel by Salman Rushdie published in 1989 to an American civil protest called "Everyone Draw Muhammad Day" in 2010, a familiar pattern has evolved. It begins when Westerners say or do something critical of Islam. Islamists respond with name-calling and outrage, demands for retraction, threats of lawsuits and violence, and actual violence. In turn, Westerners hem and haw, prevaricate, and finally fold. Along the way, each controversy prompts a debate focusing on the issue of free speech. 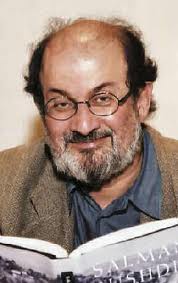 We shall argue two points about this sequence. First, that the right of Westerners to discuss, criticize, and even ridicule Islam and Muslims has eroded over the years. Second, that free speech is a minor part of the problem; at stake is something much deeper – indeed, a defining question of our time: will Westerners maintain their own historic civilization in the face of assault by Islamists, or will they cede to Islamic culture and law and submit to a form of second-class citizenship?
The era of Islamist uproar began abruptly on February 14, 1989, when Ayatollah Ruhollah Khomeini, Iran's supreme leader, watched on television as Pakistanis responded with violence to a new novel by Salman Rushdie, the famous writer of South Asian Muslim origins. His book's very title, The Satanic Verses, refers to the Koran and poses a direct challenge to Islamic sensibilities; its contents further exacerbate the problem. Outraged by what he considered Rushdie's blasphemous portrait of Islam, Khomeini issued an edict whose continued impact makes it worthy of quotation at length:

I inform all zealous Muslims of the world that the author of the book entitled The Satanic Verses – which has been compiled, printed, and published in opposition to Islam, the Prophet, and the Koran – and all those involved in the publication who were aware of its contents, are sentenced to death.
I call upon all zealous Muslims to execute them quickly, wherever they may be found, so that no one else will dare to insult the Muslim sanctities. God willing, whoever is killed on this path is a martyr.
In addition, anyone who has access to the author of this book but does not possess the power to execute him should report him to the people so that he may be punished for his actions.


Yet the Shari'a contradicts the deepest premises of Western civilization. The unequal relations of male and female, of Muslim and kafir, of owner and slave cannot be reconciled with equality of rights. The harem cannot be reconciled with a monogamous order. Islamic supremacism contradicts freedom of religion. A sovereign God cannot allow democracy.

Mr. Pipes is director of the Middle East Forum, Taube distinguished visiting fellow at the Hoover Institution of Stanford University, and a columnist at National Review. He delivered an earlier version of this text on receiving an award from the Danish Free Speech Society.

Oct. 1, 2010 updates: Shortly after this article went to press, two important developments took place:
(1) Mollie Norris, the cartoonist who devised "Everyone Draw Muhammad Day" went into hiding. As her editor, Mark D. Fefer, at the Seattle Weekly put it,

You may have noticed that Molly Norris' comic is not in the paper this week. That's because there is no more Molly. The gifted artist is alive and well, thankfully. But on the insistence of top security specialists at the FBI, she is, as they put it, "going ghost": moving, changing her name, and essentially wiping away her identity. She will no longer be publishing cartoons in our paper or in City Arts magazine, where she has been a regular contributor. She is, in effect, being put into a witness-protection program—except, as she notes, without the government picking up the tab. It's all because of the appalling fatwa issued against her this summer, following her infamous "Everybody Draw Mohammed Day" cartoon.

That "appalling fatwa" was posted in July by Anwar al-Awlaki, an American citizen who lives in Yemen. He wrote:

A cartoonist out of Seattle, Washington, named Molly Norris started the 'Everybody Draw Mohammed Day'. This snowball rolled out from between her evil fingers. She should be taken as a prime target of assassination along with others who participated in her campaign. This campaign is not a practice of freedom of speech, but is a nationwide mass movement of Americans joining their European counterparts in going out of their way to offend Muslims worldwide. They are expressing their hatred of the Messenger of Islam through ridicule

Katherine Kersten discusses the American response to this outrage:

Surely, you say, American journalists and media moguls—always staunch defenders of the First Amendment—are proclaiming outrage and rallying round this young woman? On the contrary. The media have largely been silent about her nightmarish plight. When the Washington Examiner, an on-line newspaper in Washington, D.C., asked the American Society of News Editors for a statement about Norris, none was forthcoming. Ditto for the Society of Professional Journalists. This, despite the fact that the editors group's mission statement extols "the First Amendment at home and free speech around the world," while the journalists claim to stand for "the perpetuation of the free press as the cornerstone of our nation and liberty."

(2) Pastor Terry Jones of Gainesville, Florida did not burn hundreds of Korans on Sep. 11, as he had planned. When his intention became international news, it lead, according to established pattern, to unrest and threats in the Muslim world and to at least 18 deaths (5 in Afghanistan, 13 in Kashmir). Under pressure from U.S. government officials, Jones relented and did not burn Korans.
I argued in a column, "'Rushdie Rules' Reach Florida," that the novelty and significance of this incident lies in the full weight of the U.S. government, from Barack Obama on down, bearing down on Jones. In distinct contrast to Margaret Thatcher in 1989, when the Rushdie affair broke, or Anders Fogh Rasmussen in 2006, when the Danish cartoon affair occurred, American authorities took upon themselves the role of protectors of Islam and executors of the Shari'a. In so doing, they extended the Rushdie Rules to the United States.
Posted by Kashyap Deepak