Tess of the D'Urbervilles: Hardy

Realism has been the dominant narrative tradition of English fiction. In his seminal book “The Rise of the Novel”, Ian Watt described “realism formal” as the defining feature of the novel. Victorian novel beautifully fits into this definition. All the major novelists like Dickens, Eliot, Thackerey, remains faithful to the society and described social life in their novel; but Hardy’s novel do not fit into the realistic mode. His novel are expression of personal philosophy rather then rendition expression of an outer society. 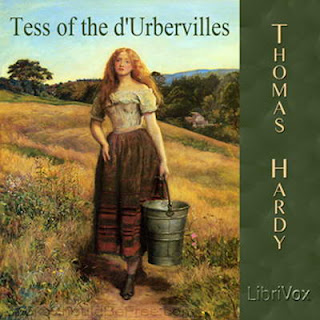 Hardy’s pessimistic outlook, his belief in fate and chance, and other philosophic impression impinge on and disturb the traditional accepted structure of the novel. He describes novel as “simply an endeavor to give shape and coherence to a series of personal impression”. We must keep these factors in the mind while looking at the novel as a tragedy. The structure of the novel is affected by these factors.
The novel Tess of the D’Urbervilles is a tragedy of Tess’s life. She has to pass through the series of sufferings which does not have a logical relationship with her life. Traditionally, tragedy springs from hamartia, a fatal flaw in the character of the protagonist; but Tess’s does not have such flaw. She suffers without doing anything wrong; being a woman in patriarchal society seems to be her only fault.
Tess’s tragedy is not logical outcome of events. The narrative does not have any cause-and-effect relationship. The events take place as they were pre-determined. Within the novel, Tess is doubly fixed: first as a woman and second within Hardy’s philosophy, Right from the very beginning, Hardy seems to be aware of Tess’s fate. Note the following authorial comment:
“Had she perceived this meeting’s import
she might have asked why she was doomed
to be seen and coveted, that day by
the wrong man, not by any other man,
the right and desired one and respect”. 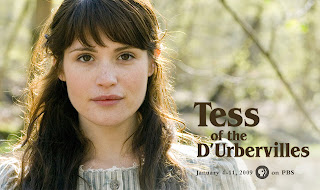 Hardy had a deterministic view of life; his outlook was supremely pessimistic. Fate, chance and circumstances play a great role in development of his plot. He does not grant any “agency” to individual characters. An individual cannot make his own destiny. His/her destiny is rather decided by the features like fate and chance. Hardy refers himself as a “meliorist” and had a fatalist view of life. Tess’s tragedy is absolutely independent of her will. Her tragedy is contributed by fate which is a great primitive force. Her struggle against the circumstances is always already doomed to failure.
The structure of he novel, therefore, is does not have any livearity. Tess’s tragedy is not logical, rational and reasonable. The narrative is itself developed by the by the ways of chance and co-incidence. One can enumerate many examples: Tess’s misfortune to born first in a poor family, Durbyfield’s learning of his lineage, the death of the horse, Tess’s failure to confess to Angel etc. it shows, Tess does nothing, rather, things always happened to her.
Tess’ tragedy can be understood in terms of gender. Hardy’s philosophy remarkably gels with gendered perspective. A woman’s destiny is always fixed in the male dominated society. Tess, as a woman becomes an agent of her destruction. Like any other women of the society, Tess is impulsive emotional and sensitive. These qualities prove to be her weaknesses. 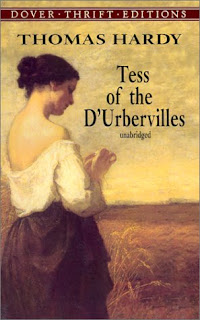 The structure of the novel is affected by the social customs and conventions. Those customs are also the manifestations of the fate. The society does not accept a sexual impure woman. Tess is caught in the web of the customs. She cannot change the fate; Tess’s tragedy puts. a question mark on the validity of social conventions. Angel fails to accept Tess’s revelation that she had been a spouseless mother. His responses are clearly colored by socio-culture beliefs. Tess’s misery is, therefore, granted by conventional aspects of the society. Throughout the novel, she remains as a puppet in hands of male and fate. Ending of the novel makes this point absolutely clear:
“Justice had done, and the president of immortals, in
Aeschylean phrase, had ended his sport with Tess”.
Hardy’s pessimistic philosophic outlook, therefore, informs the structural fabric of the novel. Tess’s tragedy does not fit into the traditional model. The events do not lead to the final catastrophe. The tragedy is rather evenly distributed through all the sections of the novel. This makes the tragedy more intimidating and powerful.
Posted by Kashyap Deepak