Bacon: As an Essayist

As a man of letters, Bacon is popularly known for his prose style. His way of writing shares, no doubt, a number of qualities with that of Elizabethan and Jacobean writers; but it have, at the time, some special features of its own. Thus, it remains for the main part of the aphoristic--- with the result that Bacon is the most quotable writer of the world. His essays are remarkable for their brevity. His sentences are short and rapid but they are forceful. In other words, as Dean Church observes “They come down like the strokes of a hammer”. 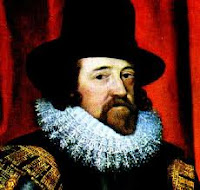 Bacon evolved a prose style that proved for the first time that English can also be used to express fine thoughts in simple sentences. Bacon, in fact, wrote more than one style and suits his style to his subject. In his first collection of “Essays” he illustrates the definition of essay as “meditative” but in his later essays he acquired blood and flesh. The stylistic changes are to bring the greater clarity. In his earlier essays his sentences are sketchy and in incomplete manner but in later essays there is warmth and clarity. Most of his words are read like proverbs:
“For a lie faces God and shrinks from man”. (“Of Truth”)
“It is strange desire to seek power and loss liberity
or, to seek power over other and to loss power over
a man’s self” (“Of Great Pleasure”)
Thus, there is not even a single essay which does not contain such wisdom of human heart. His sentences ore over packed with meaning and they are often telegraphic in nature.
But the aphoristic statement of his essays depends on such expression--- such as “balance” and “antithesis” which marked the structure of his sentences. In his essay “Of Studies” there is threefold balances:
“Studies serves for delight, for ornament and for ability”.
“Some books are tasted, other to be swallowed, and
a few are be chewed and disguised”.
“Studies make a full man, conferences a ready man and
writing an exact man”.
Thus, his style is clearly rhetorical; and he has the power to attracts its readers even thought he cannot convince them.
In this sense, one has to study another feature of Bacon’s style--- his extensive use of images, metaphors, similes. Bacon draws his imagery even from the human life or from the common facts of nature. He gives striking metaphors and similes to prove his point. As he says in “Of Studies”: “……distilled books are like distilled water flashy things”. His similes are most of the time apt, vivid and different. Classical mythology, biblical, astronomy, philosophy, natural observation, domestic aspects etc are pressed to communicate with the meaning.
Bacon expressed his thoughts in a few words or sentences. His essays are to be read slowly and carefully, not because the words are obscure but because the thought expressed in them is compact and condense. In his essay “Of Truth”, Bacon brought the idea for man’s natural love for lie. The poetic figure of speech is brought out in the statement:
“Certainly it is heaven upon earth, to have a man’s mind
move in charity, rest in providence,
and turn on the poles of truth”.
Bacon’s words are without wit and humour--- in ordinary sense of meaning--- but he is capable of creating humour to please his readers: “By pains man comes to greater pain”. “Through indignities man can rise to dignities. (Of Great Palace)
Though Bacon’s style is heavy in learning yet it is flexible. Bacon, on the whole, is not difficult at all. Though there are some Latinism words in his essays but which are difficult to follow yet they does not lead to obscurity. Bacon’s style bears the stump of Bacon, the man, who is not only the widely studied essayist but one, who wrote with great care permitting nothing superfluous in it. What, Johnson says of Bacon the speaker, is equally true of Bacon the writer:
“No man ever wrote with care, or suffered less emptiness,
less idleness n what he said………. He hearers what
should cough or took a side from him without loss”.
In conclusion, Bacon’s style bears the stamp of its own, though there is some controversy, whether he wrote one style or two. Bacon’s essays cover a span of 28 years and within this short period these essays were published. Bacon’s style is not a personal, or the chatty style of Montaigne or Lamb. His essays are distinctive and aphoristic full of learned quotations and allusions. But what is important about his style is his brevity. One may put forward the point, Bacon was, indeed, a great artist who expresses his thoughts and feelings in his style.
Posted by Kashyap Deepak