Harold Pinter’s The Homecoming, Old Times and Ashes to Ashes

Political Commitment in Harold Pinter’s The Homecoming, Old Times and Ashes to Ashes
C Vairavan, Research Scholar (ACR Fellow)
Department of English
Anna University, Chennai-25
Email: vairavaneng@gmail.com
Abstract
In 1975, Howard Brenton dreamed of ‘a play acting like a bush-fire’, smoldering into public consciousness. A few years later Pinter’s writing overtly political plays was actually a dream come true for Brenton and his generation. As early as 1948, Pinter knew that he ‘wanted to get out in the world’ (Gussow, 142). This article explores Pinter’s The Homecoming, Old Times and Ashes to Ashes in the light of literary theories that bring out the theme of political commitment. It also sheds light on the various perspectives such as gender politics and marginalization that show cases political commitment.
Key words: Gender politics, Marginalization, Political commitment, Political plays, Public consciousness
1. Introduction 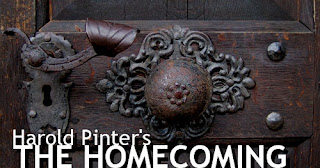 Harold Pinter was one of the most influential dramatists among the young generation of playwrights. He was born into a Jewish family in the London region of Hackney. His grandparents were Jews who had fled persecution in Poland and Odessa. His father, Jack, was a hard working tailor whose own family had artistic leanings: his mother, Frances, came from a convivial, extrovert and spiritually skeptical relations. And it was not difficult to trace in Pinter's own complex personality essentials from both sides of the family. He balanced his father's faintly authoritarian nature with his mother's instinctive generosity. His family was disrupted by war. He experienced the sense of insecurity by his removal from his family which can be easily seen in various plays, sketches and the poems of him. He was very much influenced by Beckett and Kafka. Most of his contemporary political playwrights were impressed with his works and his political standpoints. Pinter has acknowledged for his contribution to political debate as to his involvement with contemporary drama. The Independent newspaper in December 1998 described Pinter as ‘playwright and human rights activist’ (Derbyshire, 2001) and it seems that his latter role is most certainly assisted by his fame as the former. When this period of the British Government supported it, Pinter seemed more intent on making moral pronouncements on current affairs than producing challenging theatre in the later years of his life. He claimed in 1989 that he had always been ‘a political playwright of a kind’. Yet, in 1966, he said ‘politics bore me … I distrust ideological statement of any kind’. (Pinter, 2005)
Pinter uses it differently according to context, at once about the relations of power between individuals as well as the structures of power which keep us subjugated. The researcher proposes to look at Pinter’s writing through three ‘political lenses: the lens of gender politics, world political history, and marginalization and contemporary politics. In this light these perspectives have been analyzed in Pinter’s plays The Homecoming, Old Times, and Ashes to Ashes.
2. Political Commitment as a Theory 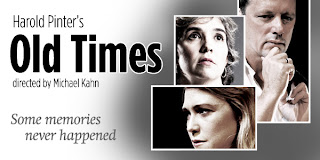 Raymond William’s emphasized that on Political Commitment which signifies the influence of Marxist and feminist perspectives and the break from the conservative Christian framework which has hitherto dominated. According to Homi K Bhabha (1994) theory of political commitment is crucial and must significantly inform political debate, it is not the only option for those critics or intellectuals who are committed to progressive political change in the direction of a socialist society. It is a sign of political maturity to accept that there are many forms of political writing whose different effects are obscured when they are divided between the ‘theoretical’ and the ‘activist’. It is not as if the leaflet involved in the organization of a strike is short on theory, while a speculative article on the theory of ideology ought to have more practical examples or applications.
Stuart Hall (1992) insists that cultural studies, while it may have been radically transformed by the influence of theory and may have no identity or purpose if it loses the critical tension between political commitment and theoretical speculation. Still, it is not always clear what the political commitment of cultural studies is a commitment to, except insofar as the field has always affiliated itself with the question of class and, more recently, with the political issues of gender and race. He was a Conscientious Objector and anger always comes from a place that is linked with personal experience.
Pinter’s lethal invective against the ideological machinery of war and the invasion in Iraq reveals the radical stance that has characterised his artistic temperament and political involvement over the last three decades, and which, at least before the Nobel award, has, possibly, made him more famous in England than his literature ever did. His list of engagement is long. He condemned the role of the U.S.A. in Pinochet’s military coup in Chile in 1973, perhaps the event that initiated his political activism. Pinter’s plays are embodied with these political happening. These embodiments are not direct, but symbolically placed in his characters, settings, dialogues, themes, etc.
3. Analysis of the Plays in the Light of Political Commitment