When Sigmund Freud, introduced the psycho-dynamic theory, he grouped together theories to explain it, these include: ID, Ego, Super-Ego; aka: Psychic Analysis.

Freud described ID to be – ‘It is the dark, inaccessible part of our personality, what little we know of it we have learnt from our study of the dream-work and of the construction of neurotic symptoms, and most of this is of a negative character and can be described only as a contrast to the ego.’ The id is mainly responsible for our basic drives such as; food, drink and other general impulses.

The Ego comprises, the organized party of personality structure; the defensive, intellectual-cognitive, perceptual. Freud explained: ‘The ego represents what may be called reason and common sense, in contrast to the id, which contains the passions …’ The Super-ego comprises of one’s inner-ambitions, spiritual goals, and the psychic agency (commonly called conscience) fantasies, feelings, and actions. Freud’s theory implies that the super-ego is a symbolic internalization of the father figure, and cultural regulations. The super-ego acts as the conscience, maintaining a good sense of morality.

According to Freud, a girl, like a boy, is originally attached to the mother figure. However, during “the phallic stage”, when she discovers that she lacks a penis, she becomes attached to the father figure, like a type of favouritism towards her father, whilst being resentful towards her mother.

Now we turn to developmental theories, and the most famous, historically, is psychoanalytic or Freudian theory. This theory sprung from Freud's observations of adults' recollections in therapy of their lives. Children were not directly observed. Although Freud's theory has been roundly criticized for its lack of scientific character, it does stand however as a grand metaphor for describing personality. 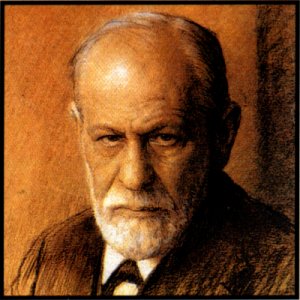 The Phallic Stage (3-5 years of age) is probably the most controversial. The word phallic means penis-like. In this stage, children discover their sexual differences. The controversy comes from Freud's description of the Oedipus (for males) and Electra (for females) complexes, with their attendant concepts of castration anxiety and penis envy, respectively. Those complexes lead, according to Freudian theory, to normal differentiation of male and female personalities. The defense mechanism of repression was invoked to explain why no one could remember the events of this stage.

The phallic stage is followed by a Latency Period in which little new development is observable. In this stage, boys play with boys, and girls with girls, typically. Sexual interest is low or non-existent.

The final stage is the Genital Stage. It started around 12 years of age and ends with the climax of puberty. Sexual interests re-awaken at this time (there were sexual interests before, dormant and repressed from the phallic stage).

Neo-Freudian approaches added more stages (Erikson) and/or altered Freud's emphasis on psychosexual development. Those approaches will be discussed on a below.
Posted by Kashyap Deepak

Email ThisBlogThis!Share to TwitterShare to FacebookShare to Pinterest
Labels: Critics and Books, Freud, Stage of Development