Wordsworth Preface to the Lyrical Ballads

The chief aim in the composition of poems in the Lyrical Ballads has been to choose ‘incidents and situations from common life’ and to relate them in a selection of language really used by men, and at the same time throw over them a colouring of imagination, whereby the ordinary things would be presented to the mind in an unusual aspect. WW insists that if the subject is properly chosen, it will naturally lead the poet to feelings whose appropriate expression will have dignity, beauty and metaphorical vitality.


He has chosen ‘incidents and situations from common life’ as subjects of his poetry for the following reasons: in humble and rustic life feelings are freely and frankly expressed for these are simple, the manners of the rustics are not sophisticated and hence are more conducive to an understanding of human nature, in rustic life, human passions are connected to nature and so they are more noble and permanent. 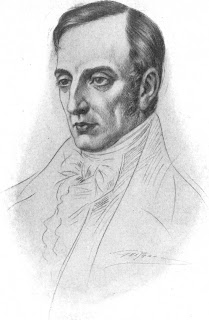 He has used the language of the rustics because such men hourly communicate with the best objects of nature from which the best part of language is derived, and because of their low rank in society, they are less under the influence of social vanity. They convey their feelings in a simple and unelaborated language. Such language is far more philosophical than the arbitrary language used by the poets of the day.

The theme which dominates most of Wordsworth’s criticism, and which he pursues most consistently is his argument against poetic diction. The immediate object of his attack was the ‘gaudiness and inane phraseology’ and the ‘vague, glossy and unfeeling language’ of contemporary poets. Wordsworth is arguing against the idea of ‘poetic diction’ current throughout the 18th c, the idea that some modes of diction were best avoided in poetry, but that other modes were especially suitable. He argues that to separate poetry from ordinary speech is to separate it from human life. Poets confer honour neither on themselves or their works by using a sophisticated diction. In fact it alienates human sympathy. Simple rural people are less restrained and artificial in their feelings and their utterance, and those feelings are at one with their environment. Expanding his apologia for his rejection of poetic diction, he says that there neither is, nor be any essential difference between the language of prose and metrical composition, and repeats that the language of poetry should as far as possible be ‘a selection of the language really spoken by men’. If true taste and feeling are applied to the process of selection then what results will be firmly distinguished from the ‘vulgarity and meanness of ordinary life’ and if meter is ‘superadded’ then it will be even better. Acc to WW, metre is not essential to poetry, but it is an additional source of pleasure.

What is a poet? Acc to WW, a poet is a man speaking to men. He is endowed with more lively sensibility
has greater knowledge of human nature a more comprehensive soul greater zest for life, greater powers of communication

A poet communicates not only personally felt emotions but also emotions he has not directly experienced. Role of Poetry: Poetry is not a matter of mere amusement and idle pleasure; it is a much noble and higher pleasure. It is the most philosophic of all writings: its object is truth, not individual and local, but general and operative. It is the image of man and nature. For Ww, the poet’s specialty is the interaction between man and his environment, the complexities of pleasures and pain that arise therefrom, and the deep sympathies by which they are interrelated. Poetry is the breath and finer spirit of all knowledge…It is by virtue of this sublime concept of the poet that WW decries verbal artifices and vague ornamentation in poetic expressions.

Poetry is the spontaneous overflow of powerful feelings recollected in tranquility. In WW’s poems, feelings are more important than action and situation.

Views on metre: WW justifies the use of meter. Metre is regular and uniform, while poetic diction is arbitrary and capricious. The rules of metre are fixed, while there are no rules for poetic diction. WW has used metre for the following reasons: it is an additional source of pleasure, in using metre he has followed tradition, metre has restraining and tempering effect on the flow of emotion and passion, it softens the painful and pathetic, it has a distancing effect, it imparts grace and dignity to the lighter emotions, provides an element of contrast, and the perception of similarity in dissimilarity.

Poetic process; four stages through which poetic composition takes place a) observation, b) recollection, c) contemplation, d) imaginative excitement of the emotions which were experienced earlier.

Criticism of WW’s ideas by Coleridge
Language so selected and purified will no longer be rustic language. WW permits the use of metre, and this means a particular order and arrangement of words. If metre is to be used in poetry it will be not same as the language of prose. The use of metre is as artificial as poetic diction, if one is allowed why not the other? Coleridge objects to the use of the word ‘real’- every man’s language differs according to his individuality and the class to which he belongs. In that case can one language be less real than the other. As man advances from the primitive stage, his thoughts and expressions have also advanced, he has acquired new ideas and concepts, these cannot be adequately expressed in rustic language.