Jhumpa Lahiri has boasted an enviable literary career since nabbing the Pulitzer Prize for her 1999 debut story collection, Interpreter of Maladies, which introduces Indians and Indian Americans grappling with, among other things, deracination and assimilation. In 2006, an adaptation of Lahiri's second book, The Namesake, by celebrated filmmaker Mira Nair, earned the kind of praise her internationally best-selling novel drew three years earlier. Lahiri's new story collection, Unaccustomed Earth (Knopf), should have no problem upholding her reputation. 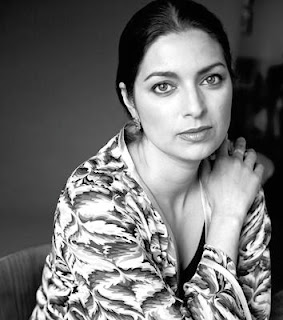 In the stories, some of which she began to write while working on The Namesake, we encounter first-generation Indian Americans—often married to non-Indians and starting families of their own—who've come of age in two cultures, America and the more insular if still vast world of their Indian parents and friends, whose expectations and experiences are in stark contrast to their own. Lahiri delves into the souls of indelible characters struggling with displacement, guilt, and fear as they try to find a balance between the solace and suffocation of tradition and the terror and excitement of the future into which they're being thrust. The title is borrowed from a line in Nathaniel Hawthorne's "The Custom-House" ("My children have had other birthplaces, and, so far as their fortunes may be within my control, shall strike their roots into unaccustomed earth") and evokes the themes within the pages—pages that further establish her as an important American writer.

"In a sense, very little. The question of identity is always a difficult one, but especially so for those who are culturally displaced, as immigrants are, or those who grow up in two worlds simultaneously, as is the case for their children." -Jhumpa Lahiri. She is indeed the storyteller who weave the lace of love, identity, crisis, lies and faults in a matured way. Her works are enriched with sensitive dilemmas in life. Characters in her books experiences the cultural as well as the generation gaps. She therefore comments on the effects of Western colonialism on Indians and Indians in Diaspora. Jhumpa Lahiri is not only a writer but the weaver of dreams, the fabricator of emotion and therefore her each and every novel becomes an outlet for her emotions.
Jhumpa LahiriJhumpa Lahiri was born in 1967 in London to a Bengali parent. She moved to South Kingstown, Rhode Island when she was child. Jhumpa Lahiri learned her Bengali heritage from her mother from a very early age. Jhumpa Lahiri is a daughter of a librarian and schoolteacher. She has always been inclined to creative writing. She married Alberto Vourvoulias Bush in 2001. They have two children from their marriage.
Jhumpa Lahiri received her B.A in English literature from Barnard College in 1989 and M.A in Creative Writing, Comparative Literature from Boston University. She also received her Ph.D. in Renaissance Studies from Boston University. She took up a fellowship at Provincetown`s Fine Arts Work Center in 1997.
Right from a very young age she felt that strong ties to her parents` homeland India as well as the United States and England. A sense of homelessness and an inability to feel accepted took place as she grew up with ties to all three countries. To her it is an inheritance of her parents` ties to India.
Columbia University President George Rupp presents Jhumpa Lahiri with The 2000 Pulitzer Prize in Fiction At a press conference in Calcutta this absence of belongingness comes out of her word "No country is my motherland. I always find myself in exile in whichever country I travel to, that`s why I was tempted to write something about those living their lives in exile". We find the idea of exile through out her work "Interpreter of Maladies". The collection of nine distinct stories revolves around the first and second-generation Indian immigrants and the idea of otherness among the country. The story theme also includes the marital difficulties. It won `Pulitzer Prize` in 2000 for fiction. In addition it received the PEN/Hemingway Award, the New Yorker Debut of the Year award, an American Academy of Arts and Letters Addison Metcalf Award, The Transatlantic Review award from Henfield Foundation, The Louisiana Review award for short fiction, the O.Henry Award for Best American Short Stories, and a nomination for the Los Angeles Times Book Prize. Guggenheim fellowship was awarded to her in the year 2002.
NamesakeJhumpa Lahiri made her debut as novelist with "The Namesake" in 2003. The story of the novel reveals the cultural and generational gaps between the parents. The storyline is like a parent who have immigrated to the United States born in Calcutta and their son American-born Gogol, wants to fit in among his fellow New Yorkers, despite his family`s unwillingness to let go of their traditional ways. A film was made based upon her novel.
Jhumpa Lahiri also wrote "Indian Holy Song" in 2000, "A temporary Prayer: What Happens when the Lights go out" in 1998, "Sexy" in 1998 and "The Third and Final Continent" in 1999.
Jhumpa Lahiri exploded onto the literary sense from 1999. In her short career no sign of slowing down appears till date. Reader`s curiosity brings her audience together and they seem to be mesmerized by her writings. It is difficult to compare Jhumpa Lahiri`s work to many other Indian or Indian-American authors. Lahiri is also able to draw her readers into the story through her detail and by making them feel the emotional, physical, and mental needs of the characters.
Posted by Kashyap Deepak