Carol Ann Duffy, CBE, FRSL (born 23 December 1955 in Glasgow) is a Scottish poet and playwright. She is Professor of Contemporary Poetry at the Manchester Metropolitan University, and was appointed Britain's poet laureate in May 2009. She is the first woman, the first Scot, and the first openly bisexual person to hold the position, as well as the first laureate to be chosen in the 21st century. 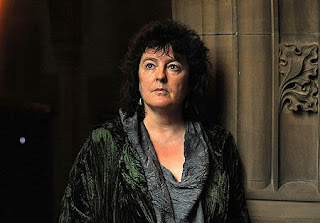